#Ethnicity Pay Gap... Where Are We Now

In April 2018 I wrote an article about the Ethnicity Pay Gap. I wrote the article to raise awareness about the issue. It received great response and it made me realise more needed to be done.

Whenever possible I shared my views on the subject using the hashtag that I created #EthnicityPayGap and asked others to follow suit to raise the profile. As I continued talking and writing about the topic I began to realise months had passed and not much had changed, that is when I hit upon a great idea.

Although in my head I thought it was a good idea I wondered how it would be perceived. I am not one who believes in making myself the brand but I knew I had to do something. It was then I decided to design a T-shirt using the hashtag that I created to show my support in raising the issue. I took a photo of myself in the T-shirt and posted it on LinkedIn. I was not quite ready for what happened next. People commented how great it was that I put myself out there to support the cause, not only that they wanted a T-shirt too. At no point had I thought about making the T-shirt available for others but because of the interest I started to research suppliers to recreate the T-shirt.

The orders started coming through from the UK and America. I asked people to post pictures of themselves wearing the T-shirt, this is when the movement really gained momentum. Whilst I focused on keeping the #EthnicityPayGap movement going, I began to hear about reports that further gave weight to the movements existence. 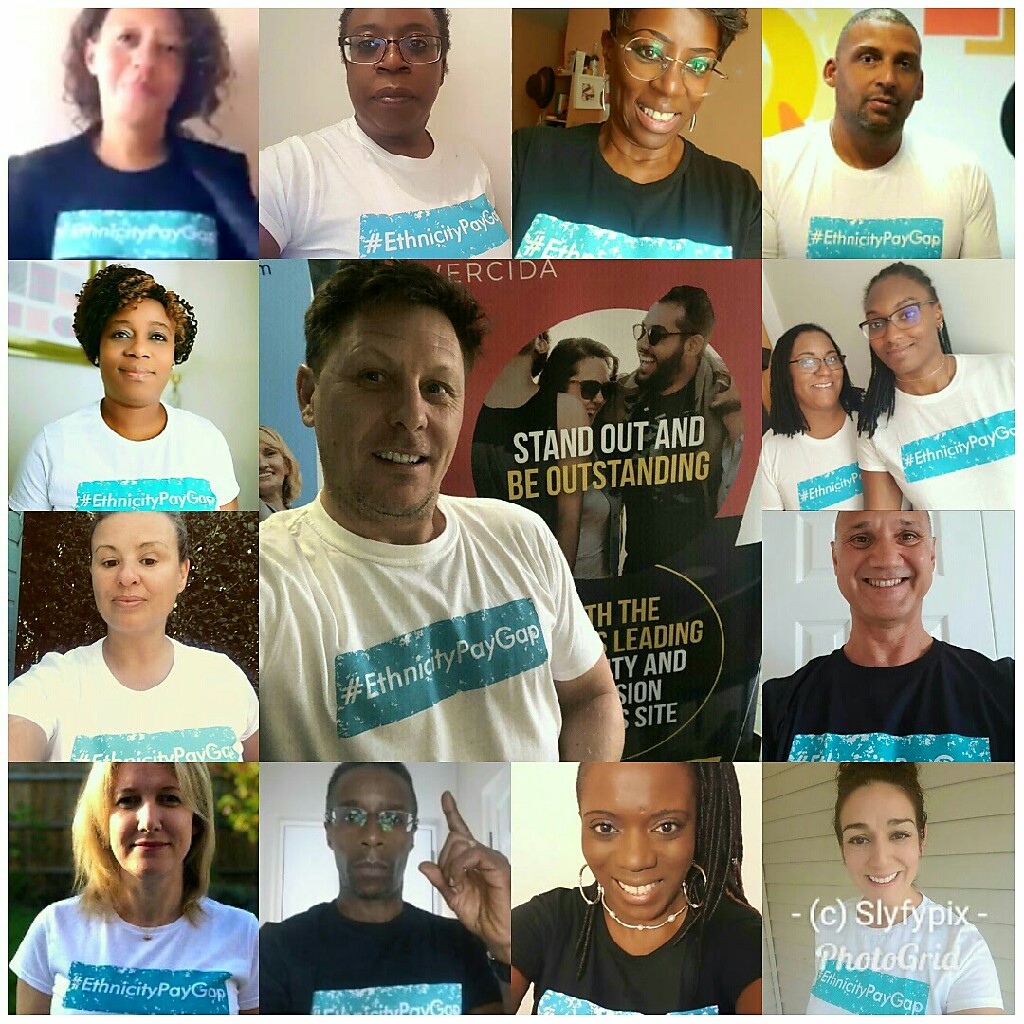 12.9% and the bonus was 41.9%. The Department of Business, Energy and Industrial Strategy’s (BEIS) commissioned a report which was written by Ruby McGregor-Smith, the report found that the economy would be likely to benefit significantly if BAME employees were given the same opportunities as their white counterparts.

The government has commissioned new research this year into how organisations are trying to get rid of their Ethnicity Pay Gap. With all this gathering of evidence why isn’t the outcry louder. Surely Ethnicity Pay Gap has its roots in discrimination? Its not only because those who are not white do not get the same opportunities but some organisations deliberately decide not to pay the same salary for the same job because they felt they could get away with it or that we are not worth the same money?

A cross party meeting was held in parliament on 23rd October 2018 to discuss Ethnicity Pay Gap reporting. I can only hope that something constructive comes out of this. Equality in pay cannot be attained without first addressing the Ethnicity Pay Gap.

The Ethnicity Pay Gap will not be rectified without our voices being heard. The #EthnicityPayGap movement is one way to raise awareness, people may view it as insignificant but the more support it gets the more people will see it thus creating a talking point. If you would like to be part of the movement, my company Equilibrium Mediation Consulting have #EthnicityPayGap T-shirts for you to order. I would also encourage you to get involved with the government consultation

I planned to conclude my article with the comment above but I was given a newspaper report by the Guardian Newspaper identifying that there was a disparity of pay between black medics and white medics. I couldn’t believe I was seeing this again. This article was written on 27th September 2018 and it demonstrates to me that there is a lot more work to do.